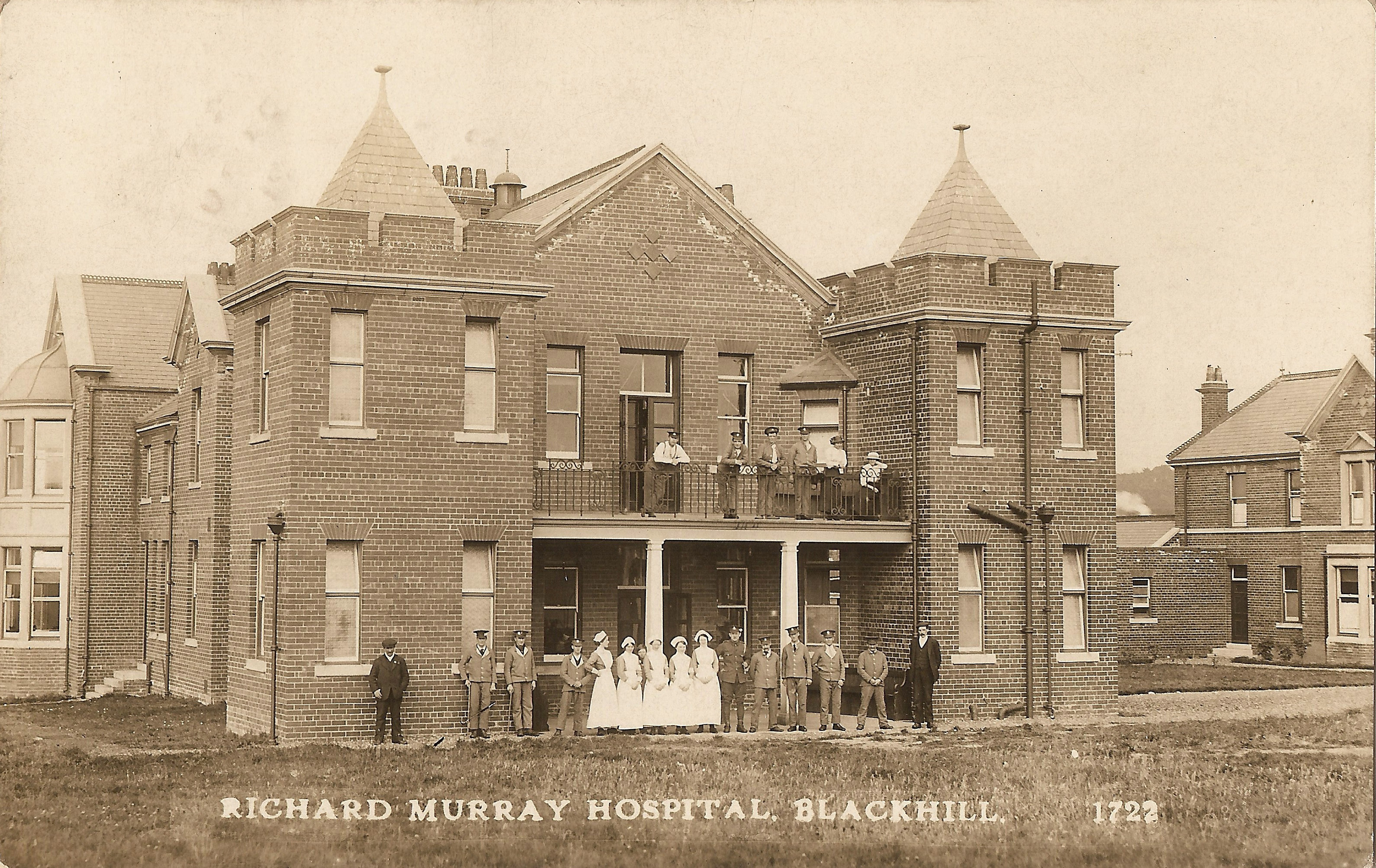 Richard Murray was an extraordinary business man who gave a lot to this town. 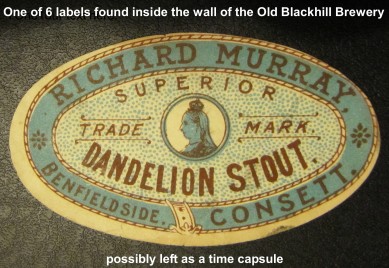 Most people know him because of the Richard Murray Memorial Hospital, later to become the NHS Richard Murray Maternity Hospital (1947-71), which was built in 1913 from an endowment of £50,000 left by him. He lived most of his life in Benfieldside and started his business by selling land for housing. He quickly advanced and built the Park Royal Hotel, Blackhill. Shortly after he started the Richard Murray Brewery, which he had erected right next door. The brewery became very successful, so much so that he soon amalgamated with the Vaux Breweries of Sunderland to become the North Eastern Breweries of which Richard was the major shareholder and Managing Director. He also had links to many other businesses in the area as well as being instrumental in the formation of the Consett and District Permanent Building Society. It was also through his generosity that St Aidan’s Blackhill had its tower erected in 1903. The 1891 Census shows his varied occupational prowess when it stated his profession as: “Brewer, Innkeeper, Ship owner, Builder and Farmer”, a very impressive résumé.

However, Richard was only one of four brothers all of which became quite successful. The first, William, emigrated to South Africa where he made a fortune in the gold mines, Murray Park in Johannesburg being named after him. Tragedy unfortunately struck when he lost his life during the Boer War. The next, Joseph, became a well known Butcher in Consett his shop being located in Middle Street. Finally, John Swinburne Murray, who ran a large farm in Edmunbyers before also emigrating to South Africa. He continued in farming there for a few years before returning to Consett where he took over his father’s business of auctioneering. He created the Blackhill Cattle Market next to his brother Richard’s Royal Hotel, and was also linked to many other agricultural businesses. All the brothers were well liked and respected in the area.

December 4, 2020
Cookies - To make this site work properly, we sometimes place small data files called cookies on your device. Most websites do this too.
Accept
Read more