Home History And the Flag Floated at Half Mast – Consett History 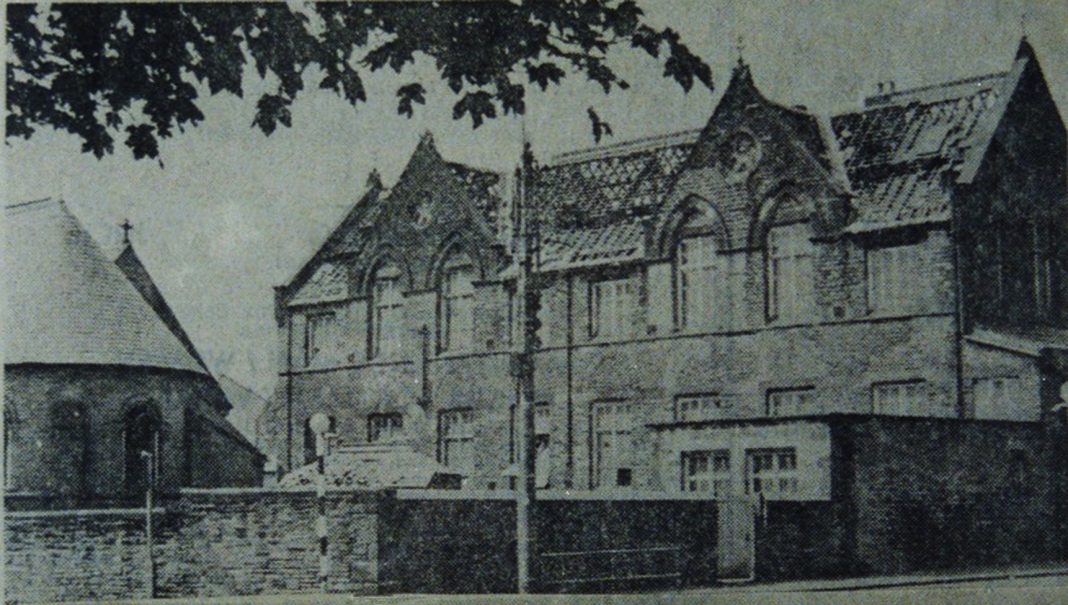 Frederick Steggall was born in 12th January 1830 in London, the 3rd son of Dr John Steggall of Bloomsbury and his wife Geltrude Guiseppa Elbina Steggall (nee Bonetti), originally a native of Bologna, Italy. He was educated in one of the larger and most well-established schools in London and left with honours. Frederick married Elizabeth Temple on 16th January 1855 in St George, Bloomsbury, Camden, London. At the time of marriage, Frederick was stated as a Scripture Leader already showing his future calling, Elizabeth was a School Mistress. The following year in 1856 the couple were gifted with their first child, Gertrude Elizabeth.

In the same year, Frederick sat the examination for the ministry and passed without the need of any further college education. He was admitted to Holy Orders on 21st December 1856 by the then Bishop of Carlisle, the Hon. Henry Montagu Villiers. One year later he gave his priests’ orders 20th December 1857. Throughout that year and until 1862 the Rev. Steggall ministered to the Holy Trinity Church, Carlisle and surrounding area’s, but it was in 1862 that his greatest call was to come. A new ecclesiastical parish had been created from parts of Lanchester for the new and upcoming industrial town of Consett. 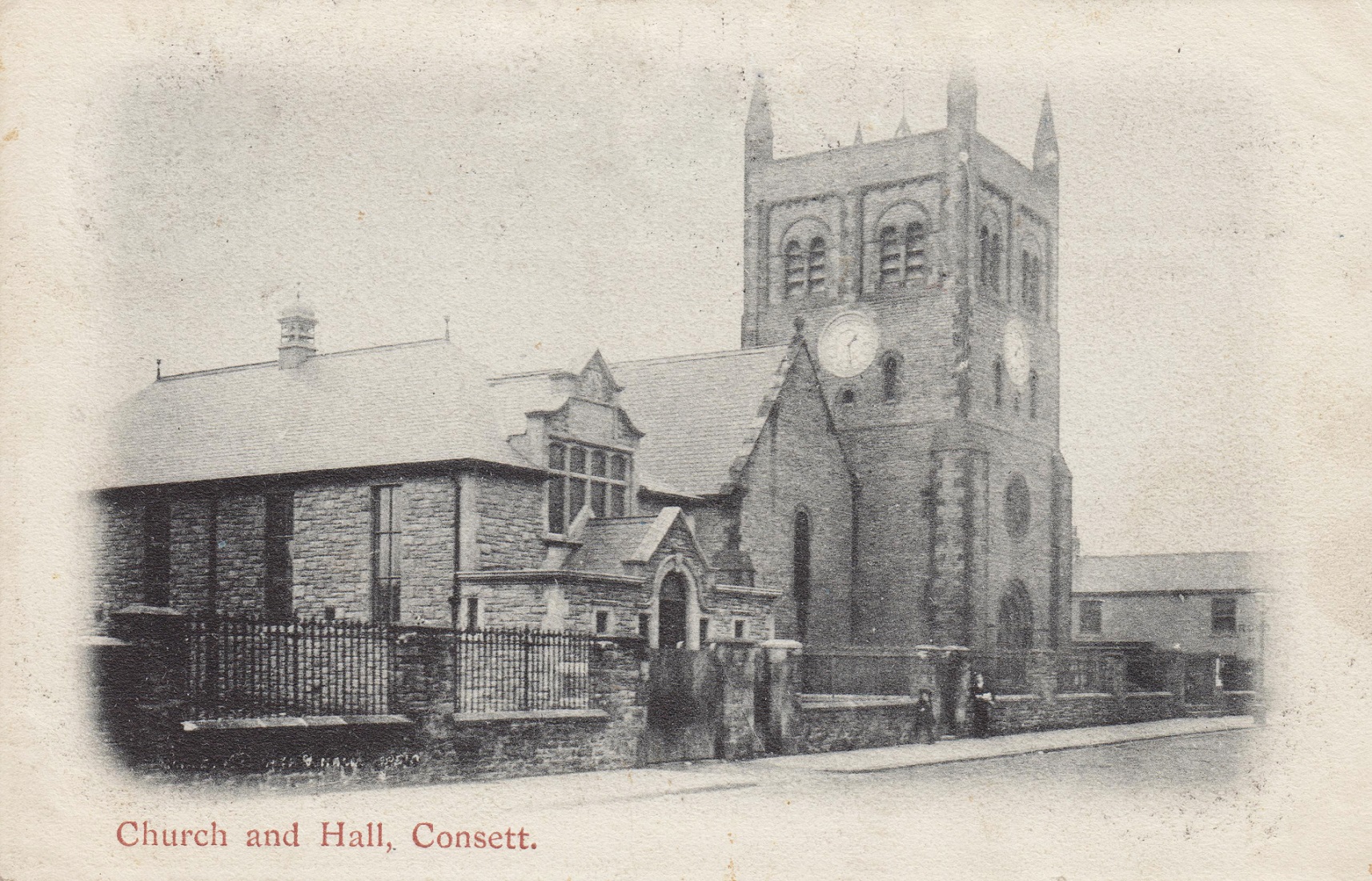 Rev. Steggall was instituted to the position of first Vicar of Consett by the then Bishop of Durham, Charles Thomas Baring, as well as having the backing of Lord Palmerston, the Prime Minister. He arrived in Consett at the end of 1862 and was licensed 23rd February 1863 and officiated in a small room within the new parish. However, it wasn’t until the following year March 1864 that he gave his first sermon, in a temporary building, an old disused engine shed which stood approximately at the bottom of Front Street and across from Templetown Road. The Rev. was tasked with the raising of funds for the erection of the parish church which along with a number of Consett standards he soon did. Consett Christ Church was built 2 years later in 1866, although the top section was finished a few years later as the funds had unexpectedly run out.

His popularity grew very quickly, not only amongst his own flock but also from the other religious denomination’s. He believed in education and in the coming together of everyone. In his first 2 years, he’d raised money to build two schools. By the 1870’s it just wasn’t enough so he again set himself the task to raise further funds and in 1877 had two schools built attached to the church grounds. Later he also helped in the creation of the National School, a long building which was also suitable for social events and could accommodate 1000 people. 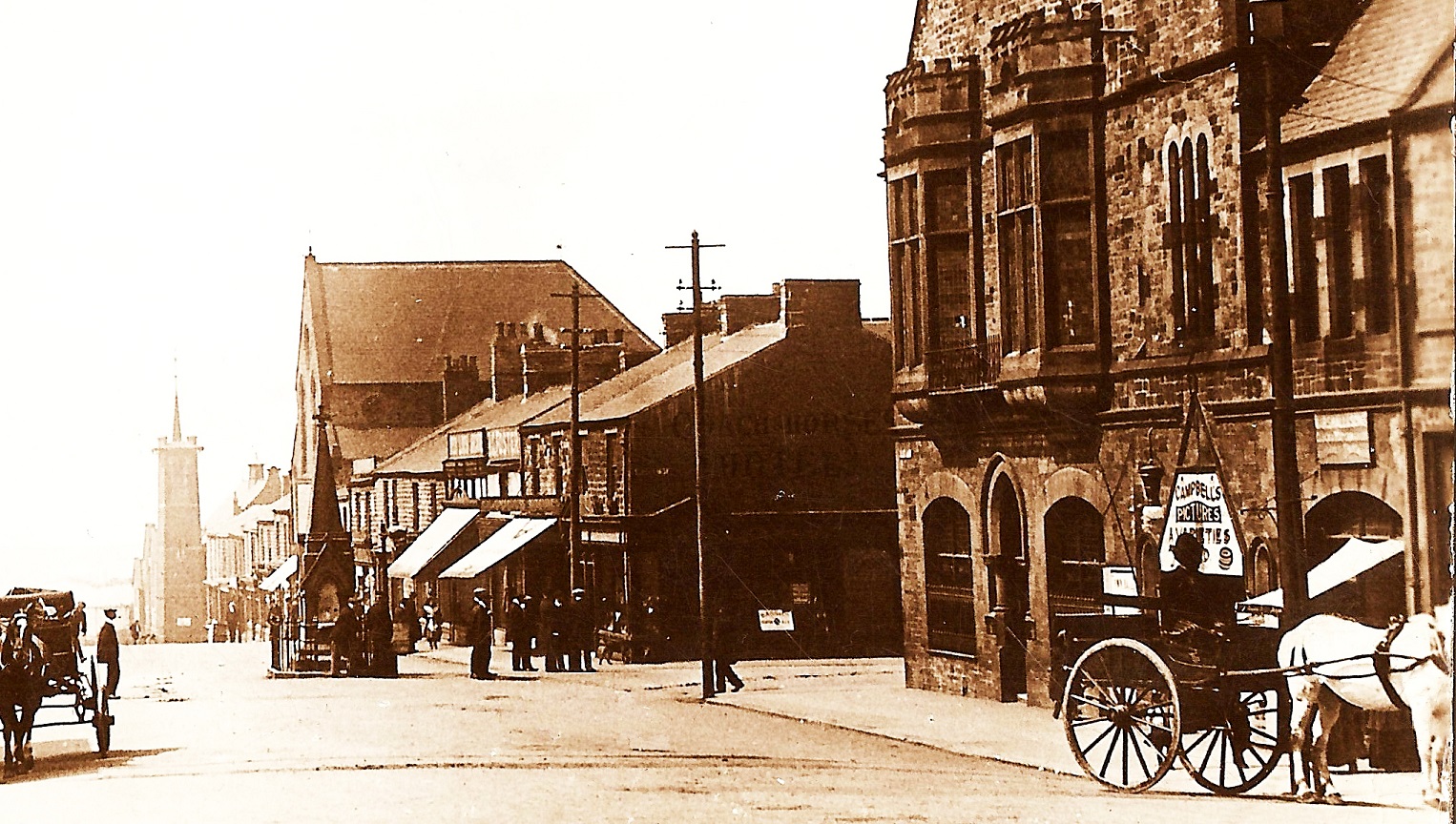 During his time in Consett, the Rev F Steggall and his wife Elizabeth also raised a family, 2 girls and 2 boys living to adulthood, only the last daughter Beatrice being actually born in the town. The two boys made quick names for themselves, both being well educated. The oldest, Albert Remmington Steggall followed his father into the priesthood having quite a colourful career. He was a missionary in East Equatorial Africa in the 1890s when he was suspected off arming the local people against the German army, who were defeated their attempts to overthrow the local power in the region. The German government made accusation’s against him but nothing was proved.

The younger son, Montagu Villiers Steggall, named after his fathers mentor, became a prominent teacher. He trained at Durham University attaining an MA, after which he spent the next eight years running a private school in Benfieldside, before taking up the position as Headmaster at Scorton Grammar School in 1903. He remained there for 34 years and was a much loved and respected man. The brothers married two sisters Gertrude and Dora Mould, daughters of Mr W H Mould, the then headmaster of Soham School.

As would be expected the Rev Steggall’s daughters were also married well, one to a Doctor, the other to a Vicar.

In the early September 1898, Rev Steggall fell into ill health and for over a month he lay in a precarious way. He finally passed away at 1.30 am Thursday 20th October 1898, at The Vicarage, 1 Parliament Street, Consett. The sad news of his passing became generally known by the tolling of the passing bell and the floating of Union Jack at half-mast on the church tower. He was buried on 22nd October 1898 in Blackhill Cemetery to much public mourning after serving as Consett’s first Vicar for over 36 years.