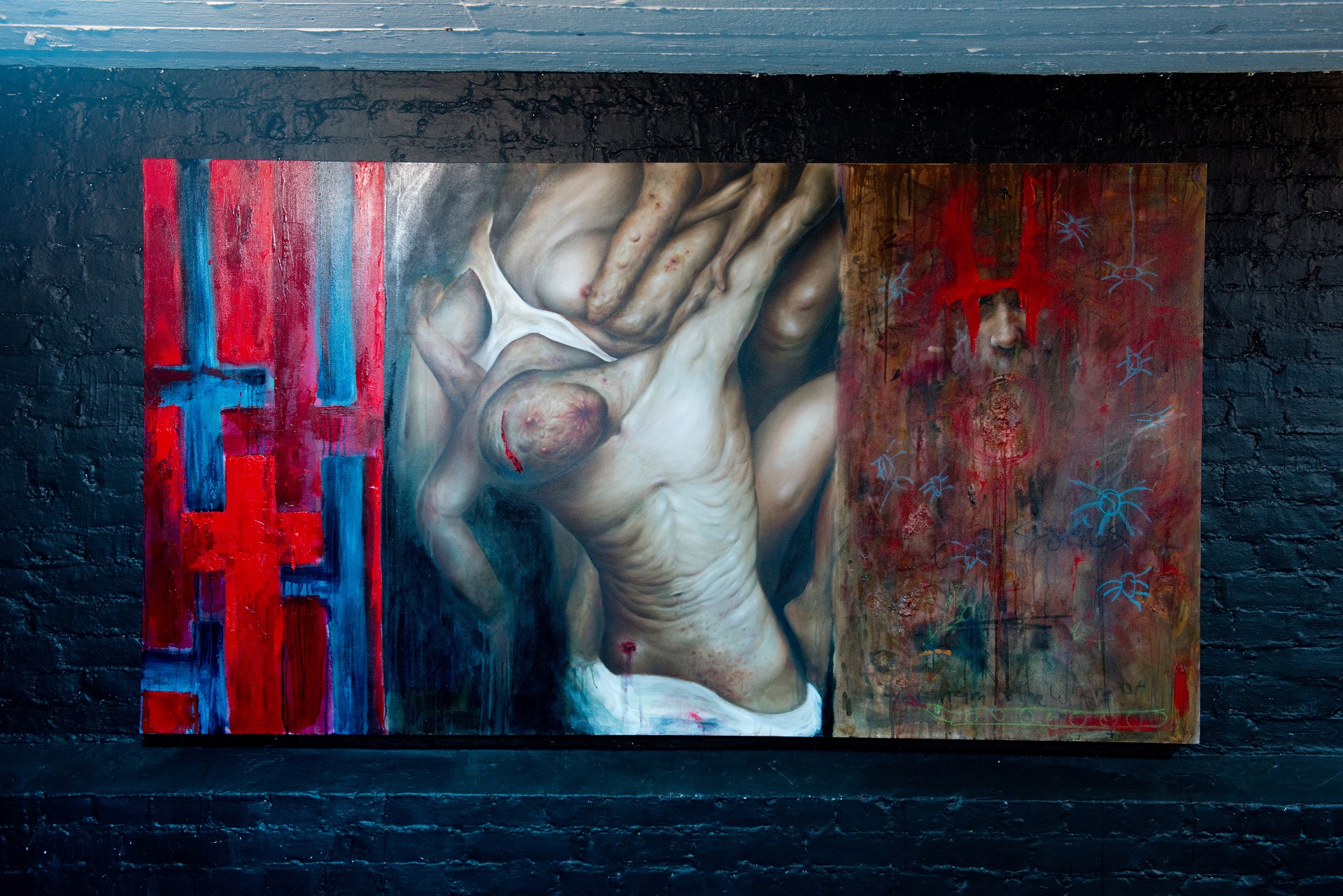 I recently caught up with local artist, Darryn Sharpe online via video, for obvious reasons – It’s the normal way to do anything these days. The interview was supposed to last just thirty minutes, but we ended up chatting for almost two hours.

Darryn was born and bred in Consett and has always been an artistic and interesting person in the town. He’s one of the guys who had tattoos, long hair, and piercings before it was ‘cool’ or ‘normal’. Some may have called him a “goth” back in the early 2000s – now it seems Darryn was just a pioneer with his style because every other person in the town now has a tattoo or a piercing.

As a teenager he took solace in horror movies from the likes of David Crononberg, he says he felt isolated from the wider world, he created his own reality where the League of Gentleman, Twin Peaks and anything by David Lynch helped him to escape small town realities.

In terms of his artwork, Darryn enjoys classical, renaissance, and baroque painters like Caravaggio. “The way those classic painters used their medium was incredible. Their influential style and artistic craftsmanship is something which comes through in my work. My art is a reflection of the world, although it certainly is not intentional, I focus on the human body, especially at it’s point of failure. It’s real.”

He goes on to mention the Netflix TV show “Altered Carbon” where humans in the future don’t need a body, they simply download their consciousnesses into a body of their choosing, he says we could be looking at the last century where humans require a biological body to exist. It really is mind blowing stuff, I was intrigued and felt there certainly was more to his art than meets the eye.

With regards to his work being provocative, he explains it is often seen as violent or anti feminist – but he argues, “it’s ridiculous, if you make art you somehow condone violence, which is simply not true – art isn’t even real.” 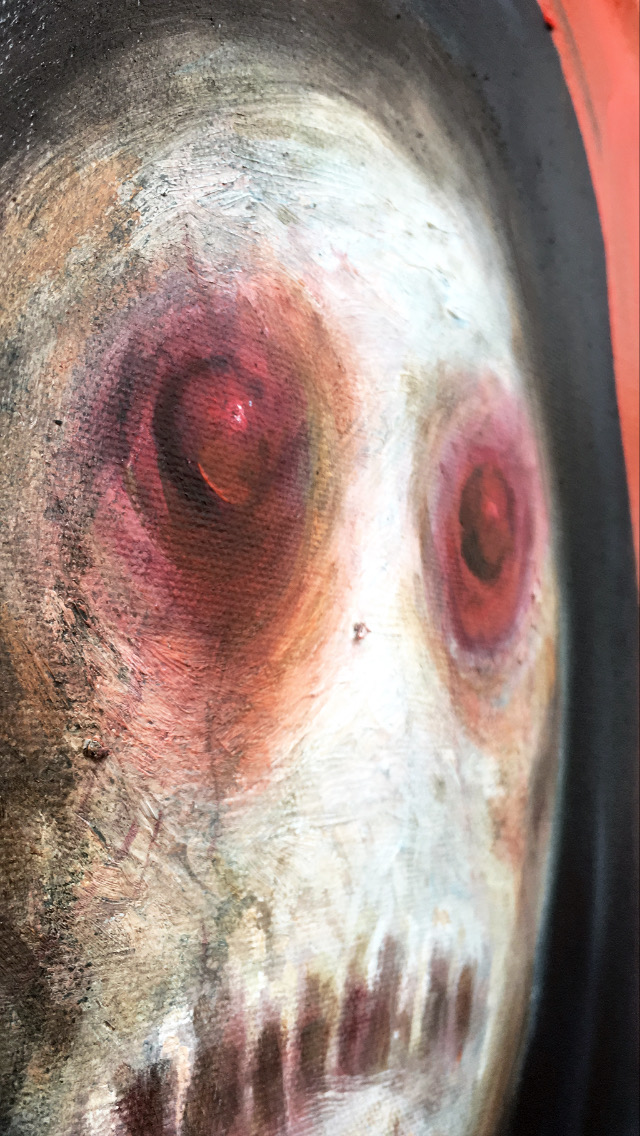 “I enjoy the reaction from people when they first view my work, there’s always apprehension because it’s not necessarily pretty. My feeling is that if art is pretty and perfect, then that’s simply where it begins and ends, it’s uninteresting and honestly, it’s not a reflection of the real world where imperfection is all around us, especially when it comes to the human form”. 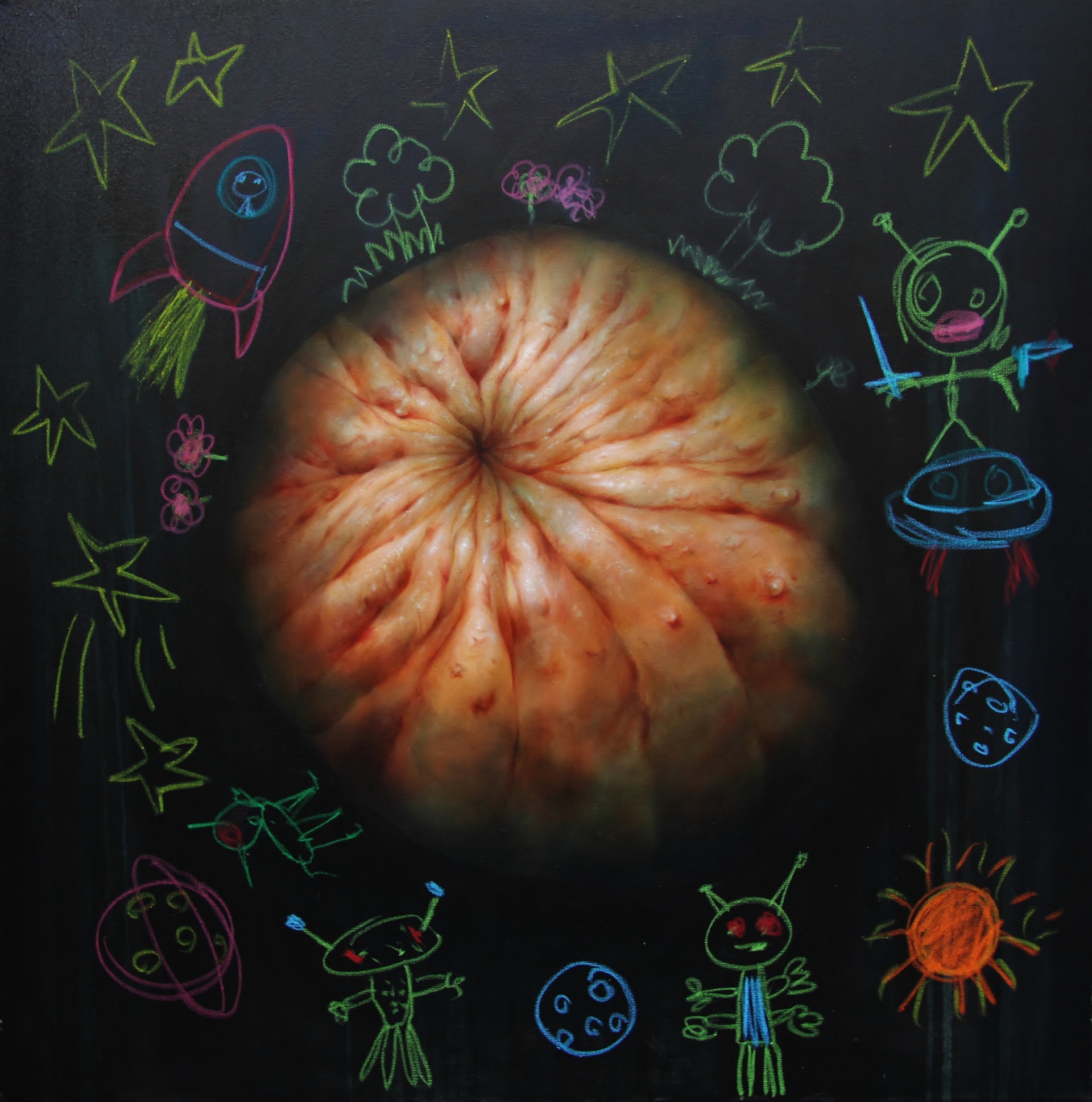 Darryn is completing his MA in Fine Art at Newcastle University, despite his work being locked up in a studio with no access. He’s decided to defer his final year until March 2021, because the alternative would have been for him to be marked on the minimal work produced pre-covid. He says having studio space at the university was one of the main reasons he is studying there, so without a studio it’s been a difficult six months being unable to paint. It simply isn’t convenient to set up space in your home, due to the size of the canvas and paint drying times.

We’d like to reach out to the wider community to find studio space for Darryn and other local Artists like Glenn Malpass, Ellen Ranson and artists who were involved in the Conny Art Festival. We hope a dedicated art studio for local artists to produce artwork right here in our town will inspire more people to get artistic and possibly kick off a cultural revolution in our town. – By Barry Kirkham

If you have any ideas for where these artists could paint and be creative, we’d love to hear from you
– email editor@consettmagazine.com